How to Get Stunning Sound for Your Home Theater 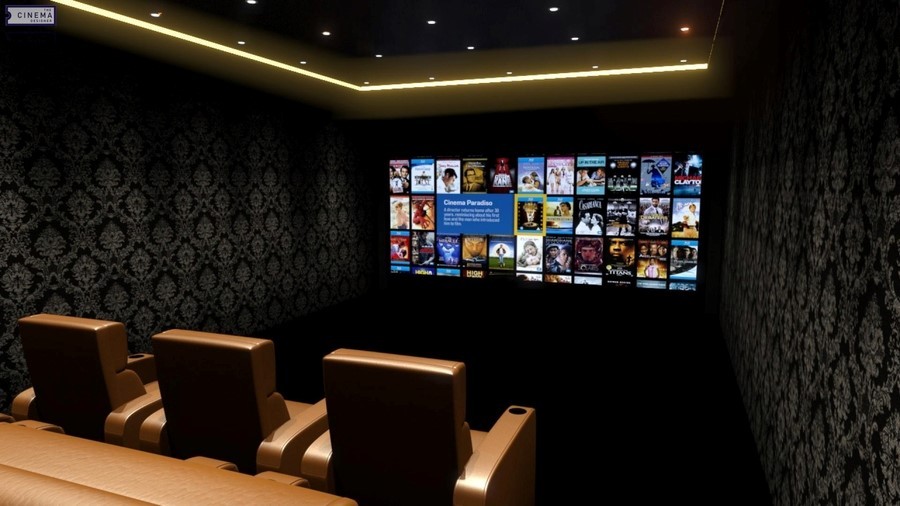 Surround Sound: How It Works & Why It’s Superior

In film, sound is just as integral to storytelling as the visuals. Try to imagine Jaws without its signature ‘dun-dun,’ Harry Potter without its heartwarming theme, or The Breakfast Club without the classic fist-pump to ‘Don’t You Forget About Me.’ Whether it’s spaceship sound effects or explosions in World War II, quality audio makes immersion ten times better and is the epicenter of a world class home theater.

So, if you’re interested in home theater services for your Los Angeles, CA, home, be sure to make audio a priority too. While a soundbar or internal speakers may seem like enough, you’ll be greatly depriving yourself of a cinematic experience. Learn how surround sound works and what you’ll need below.

SEE ALSO: Get Inspired by These Home Theater Ideas

One of the main things that sets a home cinema apart from an ordinary TV setup is an immersive sound system. Audio signals are split into separate channels, and for instance, if action is on the left of the movie frame, you’ll hear that sound from the left speakers. It will feel less like a show on the wall that you’re making an effort to pay attention to. Instead, you’re a part of the action. This is far superior to built-in TV speakers, which keep all sounds at the front of the room.

The Function of Each Speaker

The center speaker anchors sound in the room and will play all dialogue, so you’ll hear conversations and detailed sounds much clearer. Rear speakers playback background effects and work with front speakers to create a sense of movement. Front speakers feature the most prominent sounds, like those you’ll hear in an action sequence or music montage. Lastly, the subwoofer provides rich, rumbling bass notes that make you feel like you’re actually running with a dinosaur in Jurassic Park.

You can take your audio enjoyment a step further with a Dolby ATMOS-enabled receiver for “immersive sound.”  Also referred to as 3D audio, this CODEC (playback system) treats sounds not as separate channels, but individual objects that can bounce and move around the room. The sound of a car, for example, won’t be sent with the rest of the background sound to one speaker. The car is treated as a unique object with a sound that carries like it would in real life. You’ll need at least two overhead or up-firing Dolby Atmos speakers, but high-end home theater components can now support up to 16 channels. With additional channels for immersive audio, your cinema will sound just as good as, or even better than, any world class theater.

Are you ready to bring world-class surround sound to your home? Contact Frangioni Media to get started on a design and installation today.

To stay up to date on all things home theater and smart technology, join our newsletter for monthly articles.

Tags:
Home Theater Home Audio Video A/V
3 Incredible Things You Can Do with Home Automatio...
How Do I Record Studio Quality Audio at Home?

Inside the madVR Envy: The Most Advanced Video Processor on the Market

What is 2-Channel Audio, and Why Is It Superior?

10 Audio-Video Ideas to Try in Your Smart Home